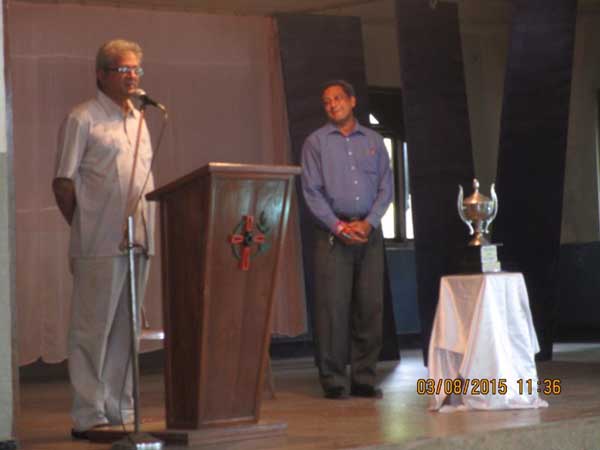 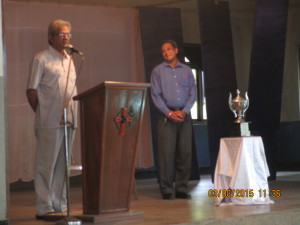 The new school Headmaster Br Agnelo invited Br Martin to speak to the students at the opening ceremony of the Joffre Paes Tournament 2015.
The tournament started at the end of the First Formative Exams as usual.At the opening ceremony all the football players of the various classes gathered and took a solemn oath to play fair and not injure anyone and listen to the referee even if they were sure he had got things wrong. 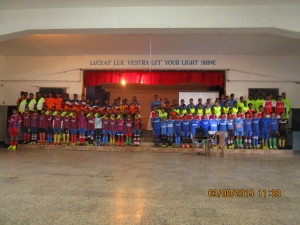 Defending champions 10B made short work of all opposition and are now in the finals where they will meet 9A – who incidentally created a Joffre Paes Cup record of sorts by beating 10 A by 5 goals to one the other day.
The 10A goalkeeper Reagan Rodrigues is still in a state of shock.
One deeply disappointed student of 10A had the following lament to make about his team’s terrible loss.
He said in a voice broken with sorrow “It was worse than Brazil’s defeat against Germany in the World Cup”