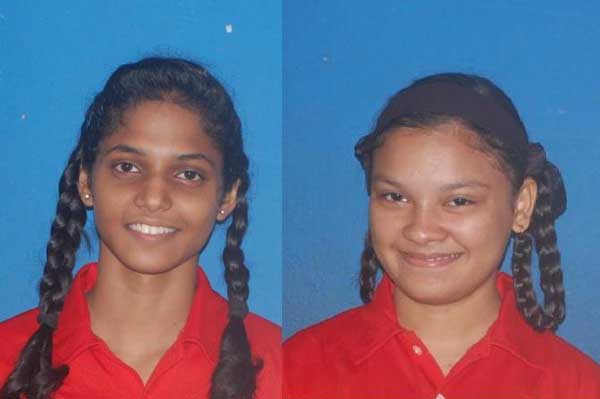 Hayes House,led by Neola Pereira and Meera Roka, were the winners of the Inter House Championship shield for the academic year 2015 – 2016.
From the time the Houses were given names in the year 2006 the following houses have won the title.
Hayes House won in the year 2006
Mulligan House won for three consecutive years in the years 2007,2008 and 2009.
The names of the House Leaders in the first three years are lost in the mists of time.In 2009 Mulligan House was led by Lee Luis and Siddarth Machado
This was followed by Slattery House also taking a hat trick of titles in the next three years.
Under Keith De Souza and Waulden D’mello in 2010,Adrian Fernandes and Ian Pereira in 2011 and under Karl Souza and Asher Saldanha in 2012.
O Farrell House,led by Mayuresh Shettye and Agnes Pinto claimed a long awaited victory in 2013
Hayes House,under the leadership of Ahad Memon and Johan Godinho then got their second title in the year 2014.
Datta Kambli and Shannon Fernandes led O Farrell House to victory again  in 2015.
So Hayes House,by winning in 2016, join Mulligan House and Slattery House in having won the title three times each.
O Farrell remains the only house who have only won the title twice.
And in more good news for  Hayes House the annual interhouse A Divison basketball competition was also won by their team.That’s the victorious team standing with their trophy. 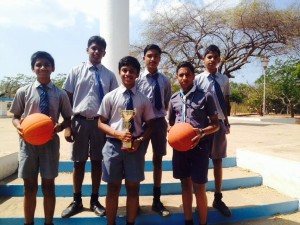 The runners up were Slattery House. 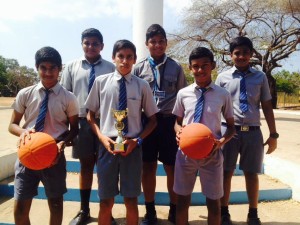 In the B Division – it was the other way around. Slattery House were the winners and Hayes were the runners up.
No photographs of those teams were taken.
The inter class Cricket competition was won by class 9A .

( The sports related information for this post comes from Rahul Morajkar and the photos are courtesy Sir Allan.)

Movies about the school