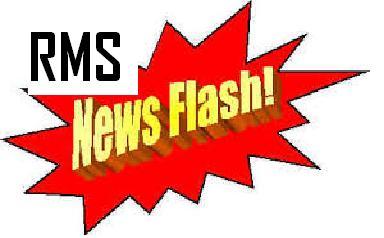 The following Items of School News are contributed by Xena Mendonca.

VISIT OF AN EX STUDENT
Gerard D’sousa, ex- student of RMS from America visited the school. He has contributed generously to school over the years.He was introduced to the school students at assembly and he later interacted with the Class 10 students – telling them among other things – to follow their dreams.
Before he left he also enjoyed some Indian delicacies from the Canteen.

SQUIRREL HUNT
Before one of the exams the other day some boys from class 6 decided to spend their revision time chasing a squirrel.After a long chase in the garden the squirrel was captured.However before it could be subjected to any further terror it was rescued by some unknown good samaritan who then gave it to Br James..It is now recuperating in style and there are no immediate plans for it returning to its former life as long as those noisy and horrible 6th std students are still on the prowl.

SCHOOL BAND BREAKS UP
The BANDKRUPTS—the most popular band in the history of RMS have followed the example of other such famous bands such as the Beatles and have parted ways. Sherwyn and Angio have gone one way and Fam,Sam and Joshua are going the other way.
The Bandkrupts – who burst onto the RMS musical scene about two years ago are going to leave behind several heartbroken fans who are heartbroken because they will miss their music and because they did not manage to get their autographs before the breakup.The Bandkrupts  last hit single stayed on the top of the RMS music charts for about a year.All we can say to them is “Why do you want to be so rude ?”

BIODIVERSITY
The students of classes 8,9 and 10 were given a presentation on the Biodiversity of Goa by Mr Rajendra Kerkar. It was quite an interesting session.All the students of classes 8,9 and 10 have resolved firmly to take biodiversity and conservation very seriously from now on.Hopefully this will include not harrassing squirrels that happen to pass through the campus.
Our school photographers are still MIA – hence no photographs

Taluka Level Runners Up in the Subroto Cup