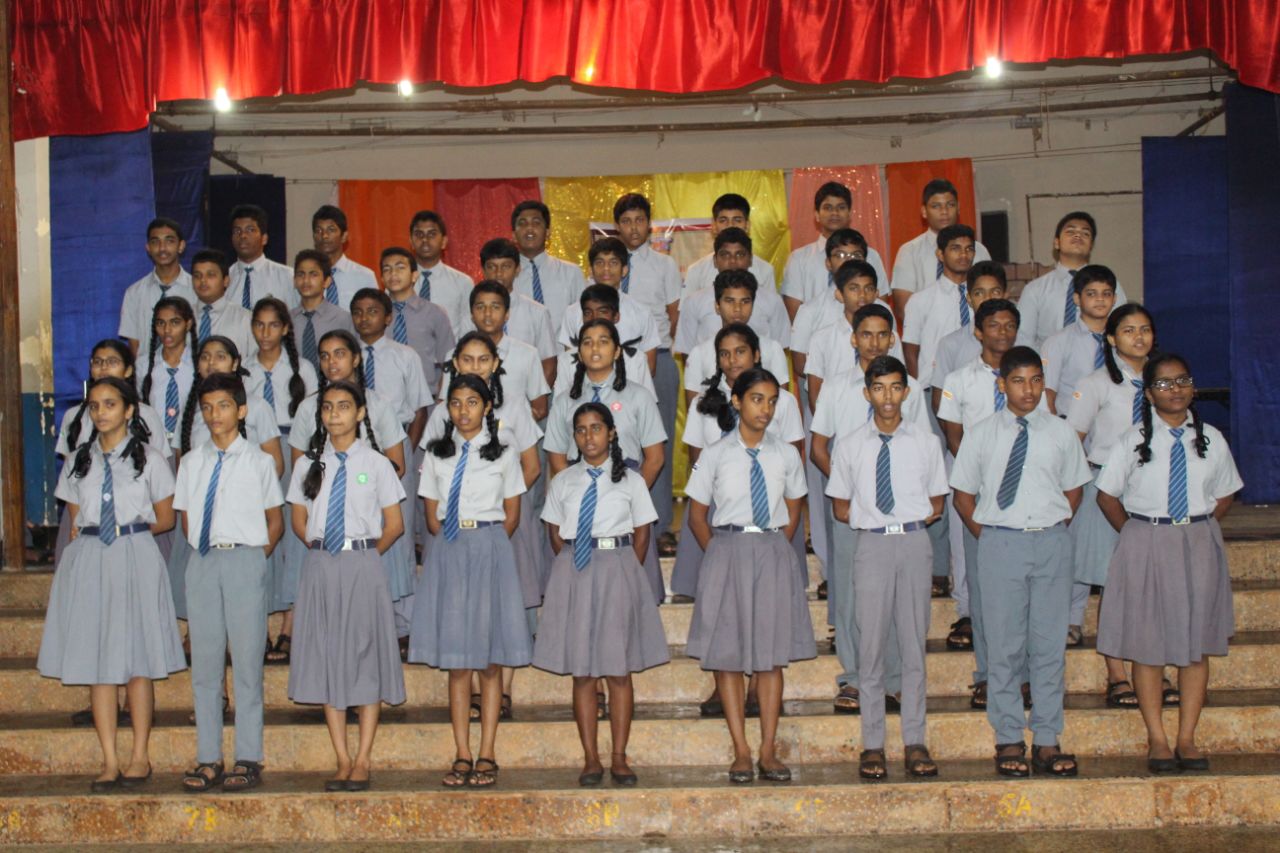 The Elocution Competition, the first Co-curricular activity during the year to look forward to,was finally held on the 18th and 19th of this month. Preparations for this competition mostly begins two or three weeks before with participants looking for interesting poems, either funny or philosophical.In the weeks preceeding the competition, the school resonates with the sounds of each class reciting their poems-the shrill piping of the junior classes competing with with the deeper timbre of the senior students. The stage becomes a place of conflict where classes stand in long lines in order of heights waiting for their chance to practice ‘on the stage’.

After all this preparation, the day finally arrived. The Junior (classes 5 and 6) and Middle school(classes 7 and 8) had to perform on the 18th and the Senior school(classes 9 and 10) performed on 19th. I really don’t know why but every year the heavy rains always decide to grace the occasion of the elocution competition, trying its best to drown out the excellent elocution of the students by making a lot of noise. The nervousness and the racket made by the rain are two things that are detrimential to concentraion on Elocution day.

Junior School:
The first elocution event of the year and the first one for the enthusiastic 5th standard students was judged by Miss P Fernandes and Br Arthur. In the solo category, Allan Pereira de Andrade(5A) came first while Keziah Sequeira(5B) was runners up. The third place was shared by Shinova Leitão and Maizie Gracias – both from 6A. In the choral category,Class 6A came third, classes 5A and 6B tied for the second place and 5B won the first place for their poem ‘Sing a Song of People’.

Middle School:
Miss P Fernandes and Br Arthur were one again given the task to judge this competition.In the solo category Gracina Colaço(7A) came third and Andrius Menezes(7A) came second. Rhea Pinto(8A) and Duane Dias(8B) shared the first place. In the choral category, 8A came third, 7B second and class 8B came first.

Overall the elocution competition was a great success. Not so many Roald Dahl poems were seen this year. The class teachers and English teachers of all the classes put in a lot of effort in training the students and efforts bore abundant fruit.The solo performers also put in a lot of hardwork.
Each person who came up and particpated, regardless of whether they won or lost, or whether they managed to say poem the way they had practiced it,is a winner,because they did their best.
It takes courage to come up and speak in public.
A very special thanks to Miss Clarissa and Miss Pallavi for organising the competition so very well!
Some photographs of the action