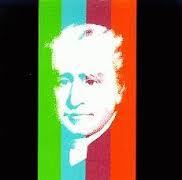 JUST A MINUTE
A surefire way of getting talkative RMS students to stop talking immediately has been discovered.Just give them a mike.It paralyses the vocal chords instantly. Ms Lira and Ms Natercia who were in charge of the Just a Minute Competition this year were amazed at the fact that students who could normally talk non stop in class got absolutely tongue tied when it came to having to talk into a mike for a mere 60 seconds.
Karan,Xena and Ana Paes were the only exceptions to this remarkable phenomenon.They managed to speak for substantial lengths of time.But even they were stumped by the last topic ‘I got stranded on an uninhabitable island’.This was because none of them were able to pronouce the word “uninhabitable” properly and so they spent the time vigorously objecting to each other attempts to pronounce the word.
The audience found this round completely hilarious and rolled around on the floor laughing even though most of them had absolutely no idea what “uninhabitable”  meant.
MUSIC
The top two rival bands “Chocolate Highway” and “Bandkrupts 2.0 “ sang “Top of the Rock” and “21 Guns” respectively.They both sang well.
A surprise academic advantage of the singing competition was the vast improvement in diction among those who sang in English.
Pavan Kotekar,who normally sings melodiously in hindi ,sang “The story of my life” in English this time.
He is now one of the few students in school able to say the word “head” without making it rhyme with “fade”
SPELLING AND CALLIGRAPHY
Ms Lira conducted the Spelling Bee and Ms Shweta looked after the Calligraphers.
The Calligraphy Competition was won by Sadia Khan.Xena,Seattle and Leona also won prizes for their entries.
DUMB CHARADES
The first surprise in the competition this year was that the rounds – which usually used to be all movie rounds – were replaced by rounds where you had to guess proverbs and personalities in addition to movies.
The second surprise was that there were only three rounds and the competition was over very quickly.
This was mainly because there was not enough time for more rounds.The defending champions – Alroy’s group – were dumbfounded by this dismaying turn of events.They were unable to get enough time to display their awesome dumbcharading skills and were beaten to second place by Varel’s group.- possibly more due to dumb luck than due to skill.
DANCE RMS DANCE
This was held on the 27th of August and the judges for the occasion were Mr Suresh of “Shailesh and Suresh Dance Academy”,Ms Cassandra and one of our ex students Manoj Kumar – who was an RMS dancing legend of his time.
There were many new dancers this year and the judges would have had a hard time deciding which dances were best.
INTER HOUSE QUIZ
Sir Manoj and Sir Viraj conducted the Quiz.
O Farrell House had a rather formidable team comprising of quizzing champs such as Sherwyn,Karan and Ana Paes in addition to Angio who can also play the piano.
However it was Hayes House made up of Xena,Shubal,Amos and Avron that went into the lead.O Farrell however tied with them at the end and it had to go a tie breaker buzzer round which turned out to be not something for the faint hearted.
Hayes proved to be faster at answering a question about “Cardiology” and this brought an end to the heart stopping action and simultaneously caused much heartbreak among O Farrell House supporters.
The rest of the audience clapped “heartily” – bringing the curtain down on the Edmund Rice Stage events for 2015.

Some photographs of the Calligraphy,Rangoli and Newspaper Outfit competitions.

Many thanks to Xena Mendonca of Class 10 A for contributing the photographs and news snippets that were used to compose this article.
Prev Post