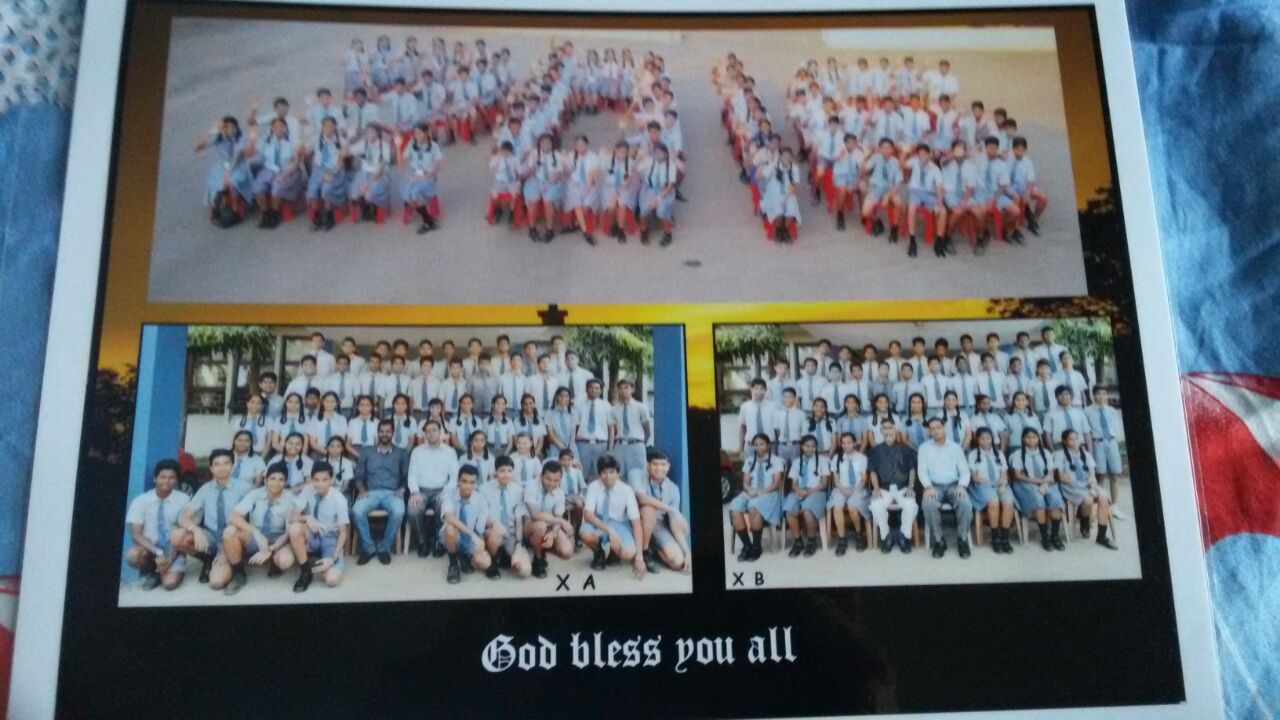 The farewell ceremony for the SSC batch of 2016 took place on the 11th of April – two days after the SSC exam ended.
The students gathered in the school hall along with the teachers and the farewell ceremony began with a prayer service.
Then a few students gave short spontaneous speeches on how they felt about leaving the school,on how much they loved and appreciated school and how they would miss Regina Mundi,the teachers and all their batch mates.
A farewell song was then sung by a band of class 9 students called “The Anonymous Unknowns” – though it was fairly widely known to the audience that the band members were Seymour,Varel,Jonathan and Yohan.
This was followed by a dance by some 8th and 9th standard students and then by a rather entertaining tiatr type skit by Levon and his troupe.
Several awards were also given out and at the end each student got the traditional passing out souvenir to take home.
Luceat Lux Vestra

Some photographs of the ceremony provided by Lionel.

And some more photographs sent in by Angio