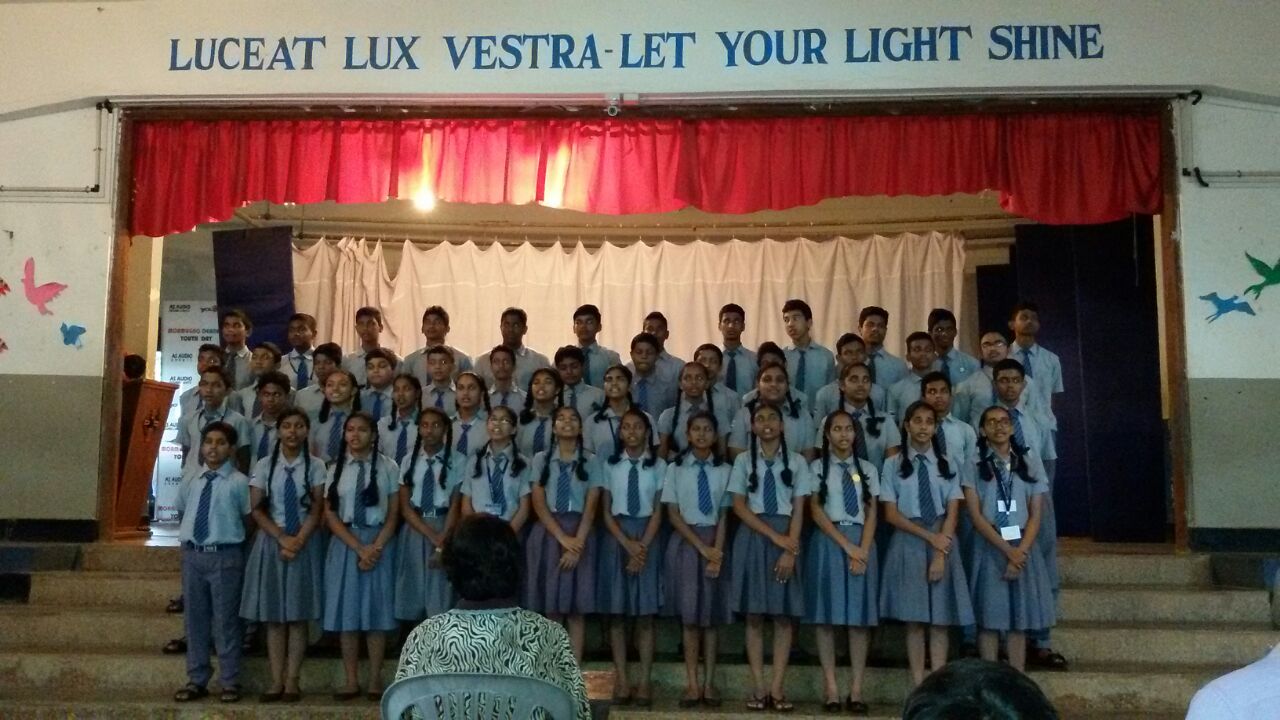 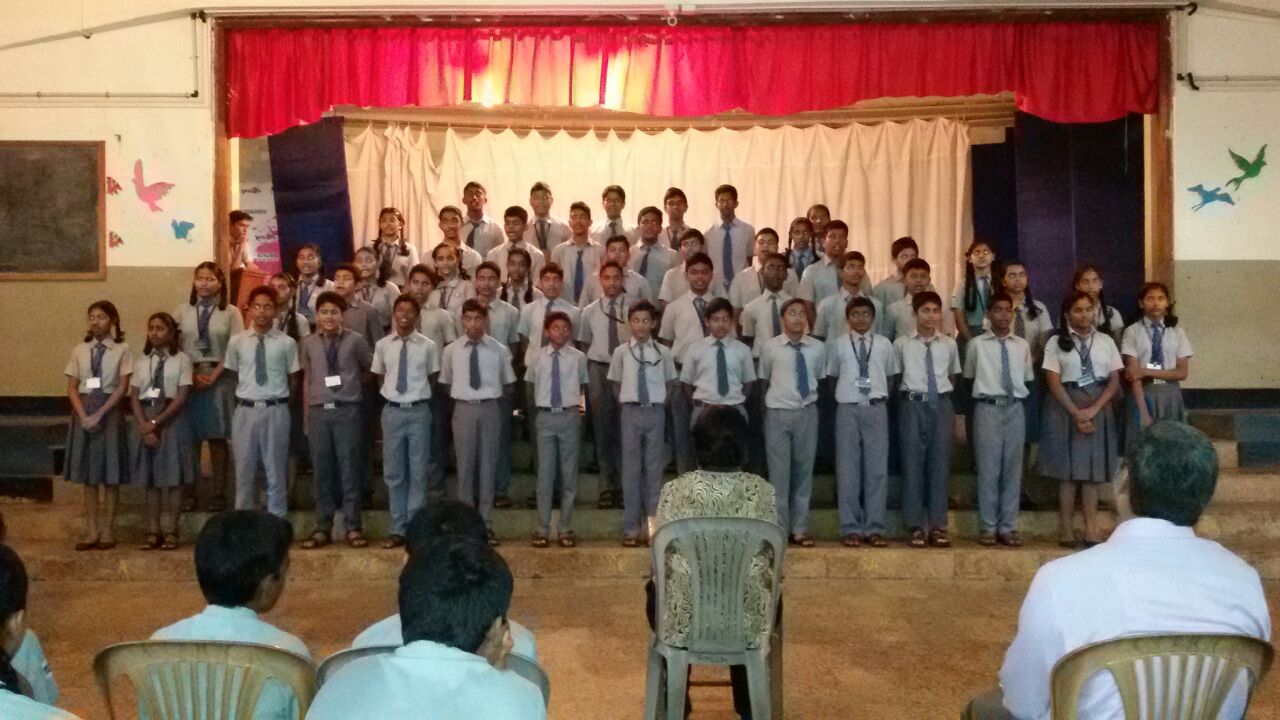 Suddenly for a change  most people  in school  are concentrating  on getting their punctuation and pronunciation correct – because the the competition is on and the stakes are high and there are prizes to be won…!

Here’s a nice write up on the events and the winners from our currently one and only RMS reporter Ana Paes.

Elocution Competition 2016
On the eighteenth and twentieth of this month, Regina Mundi saw, or rather, heard, a wonderful array of poems and speeches, practiced to almost perfection by the secondary students. The poems ranged from the humorous to the philosophical and to horror. This year two students even presented poems they wrote themselves. The choral pieces showed a lot of class (literally) too. The students presented their pieces very smartly.
Ms. Sylvie and Br. Arthur were the judges for the junior school. They were later joined by Mrs. Fatima Noronha for the middle and high school competition.
In the junior category, Andrius Menezes from 6A and Priya Shirodkar from 6A proved to be the best for their age. Clare Ann do Rosario came second. Velusha Rodrigues won the third place for a poem she recited which was written by her own mother. In the choral section, class 5B won for their poem ‘People’. 6A came a close second with the poem named ‘How the little kite learnt to fly’. 5A was third with a poem about a scorpion.
In the middle school, Sara Kriti Paes won the first place for a horror poem that she wrote by herself called ‘Conjuring in My Bedroom’. Rhea Pinto from 7A won the second place, while Nathan Ave Pereira from 8A and Dwayne Dias from 7B won a joint third place. Crestle from 7A wrote an original poem called ‘Life’ as well. Class 8A won the first place in the choral section with a poem ‘Little Red Riding Hood and the Wolf’. Class 7A won the second place for a poem about a goldfish and 7B explained all the reasons why they didn’t want to go to school and won the third place for it.
In the senior category, Yohan Fernandes from class 10A won the first place for a poem about a boy who didn’t believe in Santa Clause. Ana Smriti Paes from 9A came second with a speech about Peace. Swizel Falcao won the third place for a poem about the day her father fell in the pool. In the choral section, class 10A won a well-deserved first place for a poem about the three little pigs. Class 10B came second with the poem ‘Goldie Pinkle Sweet’. What really is amusing is that they supposedly missed a whole verse and no one even guessed that! The third place was bagged by class 9A for a poem about the disadvantages of the Television.
This year, the competition was dominated by poems by Roald Dahl. Five classes chose his poems but, if you asked the students whether they knew who Roald Dahl was, most of them would shake their heads!

( Thanks to Sir Nagesh for the photographs)