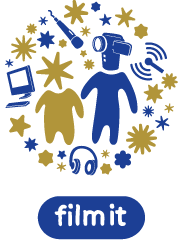 The RMS Filmit Club made one movie in this academic year and a writeup on that was posted on the 9th of September last year.They haven’t made any other film after that – so far.So while we wait for the next one here’s a look at some of the old forgotten movies that are also up on the Filmit Website .
It’s a bit complicated to see them on that website because of the hassle involved in logging in etc.
So maybe this way more folks may get to see some of these masterpieces of old.
CHRISTMAS CAROLS
A movie on a Christmas Carol competition that was held in RMS in the dim distant past…..We got second place in the competition that year.(And St Therese’s School came first)

THE NEW YEAR RESOLUTIONS
A movie on New Year Resolutions made by students and staff on the first day of school in a New Year – circa 2011.

THE GOLDEN FLOWERS MOVIE
The RMS campus has many Rusty Sheild Bearer trees growing in it and every year by around the middle of January they shed their pretty golden flowers.
Many parts of the school are then covered with a golden carpet of flowers – a most beautiful sight.
Here’s a movie about the golden flowers…

MUSIC FESTIVAL AT THE CHAPEL OF MT MARY
A movie about the monte Music Festival held in the Chapel of Mt Mary in Old Goa.

THE INTACH SONG
The first ever RMS Filmit Club composed a beautiful song about their experience of making movies and made a movie about the song.It’s really a nice song.